TWO-WAY RADIO AND THE SECURITY-DEVELOPMENT NEXUS

During April, the World Bank hosted a panel discussion which highlighted the symbiotic relationship between security and development operations. It was noted that, if countries affected by conflict are to have a chance at recovery, they need a sustainable sense of security and lasting peace. This creates the platform for development, whereby economies can start to be rebuilt, international investors can find the reassurance they seek and local job opportunities can be created. The discussion also considered that fragile societies need a long-term perspective - which hinges on ongoing stability - in order to avoid the impoverishment and hopelessness that makes them susceptible to radicalisation and corruption. 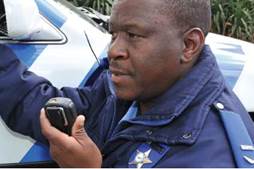 The regional spread of conflict has made it far more complex to address, requiring closer collaboration between governments and the organisations helping them to create an environment for growth. Rules and regulations need to be simplified, so that a common strategy can be rolled out more quickly and effectively and access to basic services such as utilities, education and healthcare can be re-established.

Compounding this challenge is the spread of technology, which has raised aspirations, potentially fuelling tensions. In addition, developing nations are faced with increasing debt and the need to fund more advanced and protracted security operations.

The Need for Private Investment

According to a report by the World Economic Forum, Africa will need around $100 billion each year, in order to address the gaps in infrastructure and less than half of that is currently financed. Therefore, it is evident that unemployment, mass migration and instability can only be addressed with the help of private investment. 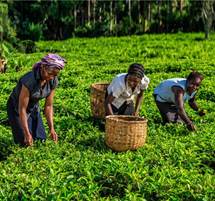 Considering the continent’s potential for commercial opportunities, it raises the question as to what is impeding private investment. The G-20 Compact with Africa (CWA) initiative is working to bring G-20 members, partner countries and international organisations together to develop a blueprint for economic development. Responsible leadership and investment in infrastructure will be key to enabling what is one of the fastest-growing regions in the world to realise its productive potential and create opportunities for growth.

A joint report by the African Development Bank, IMF and World Bank on the G-20 CWA notes that: “Priority should be given to investment in infrastructure, which is critical to attract private investment, connect Africa’s regional markets and better integrate them into global value chains.”

So, how does a two-way radio network form part of this solution?

Communication is a crucial part of any country’s infrastructure. And a secure, digital two-way radio network is vital for the establishment of a secure and safe community. The cost-effective nature of two-way radio has resulted in widespread adoption in African countries, as it presents a viable solution in the midst of rising debt and decreased stability. However, Africa is lagging behind the rest of the world in deploying nationwide public safety networks and this is largely due to a lack of funding. 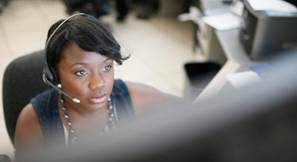 With the blurring of boundaries between security and development, funding can now be made available to build a critical communications infrastructure for ongoing stability. A secure public safety network supports police and emergency response operations in addressing a lack of resources, by increasing efficiency in providing services to the public and helping them to move from a reactive to a preventative approach.

It achieves this by: 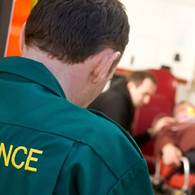 Over time, other critical data services – including the remote monitoring and control of water, electricity, oil and gas supplies, digital identification, emergency response and crime watch – can be added to the network.

Motorola Solutions has substantial experience in providing mission-critical communications infrastructure that is designed to meet the particular needs of countries – be it based on LTE, TETRA or Astro.

Here are just a few examples: