Entries » Blog » One in ten university students is a victim of crime but new technology will make students safer.

One in ten university students is a victim of crime but new technology will make students safer.

University is often the first time that many young adults spend prolonged periods away from home. This newfound freedom is an exciting time, as they learn new skills, develop new social circles and continue their educational journey.

However, there are risks to students and university staff as often campuses do not have walls and a true cross-section of the public have access, not all of whom have good intentions. Unfortunately this means that university can be the first time that young adults come into contact with crime.

The headline figures for universities in England and Wales in 2019 are as follows.

On average (acknowledging the data set is not perfect) there is approximately a 5% chance of being a victim of crime whilst on or near a university campus in term time while the worst-case scenario is as high as nearly 10%.

How can Police forces, institutions and university security help protect staff and students from such criminality and provide a safer public space? 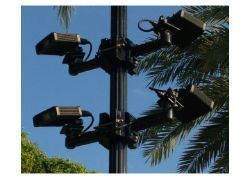 By working together, Police, Public Safety and university security organisations can establish a system of security with layers of redundancy. Creating a database of safe-designated and threat-designated individuals and vehicles allows the Police,  University or Campus location oversight teams to develop watchlists of sex offenders, known criminals, disgruntled former employees, barred community members such as gang members and drug dealers, non-custodial parents or estranged partners and ensure they cannot gain access to the most vulnerable campus areas.

The best approach is a multilayered system of passive and active checks that protect against unauthorised access and provide multiple intervention opportunities. 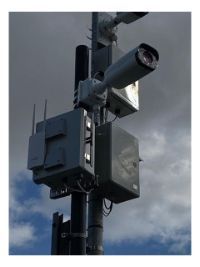 All roads approaching and surrounding your university campus or target areas act as an outer perimeter. By placing fixed ANPR cameras in this outer perimeter you can catch a potential threat before it enters the campus proper or simply look for trends of unauthorised vehicles.

The middle perimeter consists of roadways and parking areas that have been identified as high risk or prone to crime. Place additional fixed ANPR cameras in the middle perimeter to let you know when an unauthorised vehicle is on location or take your protection one step further with CCTV security cameras to allow oversight of on-site activities.

Entrances to buildings and sensitive locations are the last line of defence against a potential threat. By utilising an inner perimeter facial recognition system that connects to existing IP CCTV you can identify problematic individuals before they have the chance to act.

By enacting a layered approach and integrating it with an active watchlist, police and on-site security can better monitor ongoing activities while protecting those most vulnerable to crime. To learn more about physical security solutions for universities and educational institutions, visit Vigilant CampusWatch

Connect with Chris on LinkedIn

*Official data for crime specifically against students at university is not available.