I have a confession. I’m a semi technophobe. That might come as a surprise, bearing in mind I’m the Business Lead for all things digital at West Yorkshire Police (WYP). But from my point of view, it’s important that the frontline officers I represent not only understand what they’re getting – but it actually works for them as well.

As the fourth biggest Police force in the country, WYP have about 5,500 mobile devices in the field. From those we do about 150,000 integrated transactions per month – including 8,000 statements. This does not include searches of local and national systems. In order to enable that, we’ve introduced additional accessories such as folding Bluetooth keyboards to make things easier for our officers. But you have to be careful. It’s not about loading officers with all the latest kit – they have enough to carry already. It’s about simplifying things so officers have access to all the information they need, and can input information easily – without weighing them down. 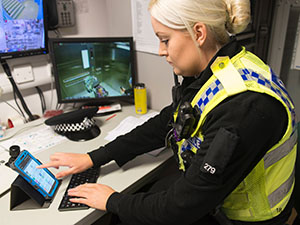 What we like about Pronto is the ability to integrate it with all our back-office systems. It’s intuitive in terms of its use. For example, you can get assigned to a log and because someone has already taken that call-taker’s details – you can then re-use those details in intelligence or a statement. In fact, an officer can come away having completed five different transactions or forms without ever needing to complete the person’s details. That’s a huge saving in time and efficiency which allows officers to spend more time out in the community.

We’re doing over 10,000 hours of inputting via the Pronto Application every month. That gives you an idea of how much our officers are on-board. Just think about the amount of time that’s saving officers from having to drive back to the station to print off documents, log on to systems, or even have a cup of tea in the canteen. Now of course, we’re not saying officers can’t catch up with colleagues, we’re saying we’d rather they did it in their local café – where they can input information on their mobile devices and be visible in the community. 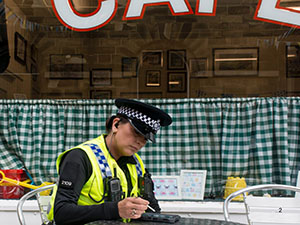 Step back a few years, and officers were completing paper-based forms where they could easily miss fields. Because the fields on Pronto are mandatory you get a more thorough picture of all the important information. It’s far more accurate. But it’s more timely too. If you imagine someone has just been arrested and brought back into custody – you have a certain amount of information on statements already, but there might be some detail missing. You can dispatch an officer to take an additional statement and upload it. Within a minute, that can be used to disclose to the defence, to take into interview, or to send to the Crown Prosecution Service (CPS) to get a decision. The saving in time for a situation like that shouldn’t be underestimated.

You also shouldn’t underestimate the importance of mobile access to data. This enables officers to make more informed decisions to ensure the safety of themselves, the public, and vulnerable victims.

Our digital transformation journey hasn’t all been plain sailing. Understandably, we’ve encountered challenges along the way which you can group into 3 areas: culture, integration, security.

In the UK, we’re proud that we invented policing. Sir Robert Peel did that with the Bow Street Runners back in 1829 – and that formed the basis for every Police force in the country. But it’s notable that for the next 140 years there was no innovation in policing whatsoever. When I joined in 1989, I was issued with the same truncheon as was issued over a century before. It actually took a company named Motorola to introduce Two-Way Radios about 50 years ago and that was the biggest cultural change in policing since its inception.

Over the next 50 years, policing didn’t see a great deal of innovation. We did start to computerise a lot of our processes, but much of that was in silos with 43 forces all going in their own separate ways. Within those forces there were separate systems. None of it was really joined up. More importantly it drove officers back to the station because they now needed a desktop to input their information where they once did it on paper forms carried with them. Although policing was making progress, the next really big innovation was mobile data. That was a real change.

Now, it’s not that police officers are against change, it’s just that they’re very process-driven. You need to demonstrate that what you’re giving them is better than what’s been tried and tested. When we started our digital transformation, all officers accepted that they wanted something small and easy to carry. But what they didn’t understand was that we couldn’t give them the same desktop experience on a something as small as a smartphone which is why we chose Android. Some Forces did not take that leap and chose to deliver a Windows view via tablet. However, the downside of this is a loss of mobility.

Of course, our officers had their own smartphones which offered them a really good experience. We had to educate them that we couldn’t deliver that type of experience straight away because there are all sorts of security implications involved – in terms of the data Police forces have access to. It’s important to remember, the mobile devices that Police use are not consumer-grade “mobile phones”. They’re pocket computers that have access to all sorts of sensitive information that we must protect. This means we have to consider how we use USB ports, Bluetooth, complex passcodes etc.

We wanted to integrate everything when we began our digital transformation journey. WYP were already quite a forward-thinking Police force. We’d got rid of a lot of back-office functions so officers were already used to logging crimes etc themselves. Our challenge was to deliver a near-desktop capability to the frontline. It took time for people to get used to changes such as how you search for information on an Android device vs on a desktop.

When it comes to security, each individual Police force make their own decisions on how much risk their prepared to undertake. Currently, those decisions are not centralised. Sometimes you can find that you’ve been working on something – only to find another force has done it already.

With mobile data, we’ve all started to work more collaboratively – amongst ourselves, but also with other forces too. It’s been a huge step forward for us. Now we’re firmly on the road to digital transformation, there are about 18 UK Police forces all collaborating to help develop Pronto. I’m the first to admit that we’re all stealing with pride from each other.

What have we delivered so far?
WYP currently have about 28 different processes in Pronto including; crime, intelligence, domestic violence risk, sudden death, statements, interviews out of station, stop and search, ticketing, use of force, data protection, victim updates, command and control, mental health, and missing persons. We’ve consciously targeted the frontline to improve efficiency. 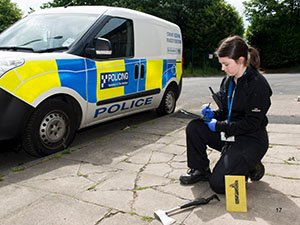 On the back of what we’ve done for the frontline, we’ve also delivered integration for Crime Scene Investigation (CSI) too. WYP CSI covers the whole region and they are all now integrated with several systems – both local and national. That enables them to collect all their evidence, bag it up, enter it on the systems and get results before they’ve even left the scene. We’ve had instances where victims have been identified within an hour and warrants have been issued. That just wouldn’t have happened in years gone by.

Pronto Mobile Biometrics is our most recent digital transformation project. Initially that has meant officers can take fingerprints at the scene and identify a suspect in less than 60 seconds – all via the Home Office Biometrics Gateway and a Police National Computer (PNC) check. It’s also going to enable other projects such as facial recognition. There’s huge time savings with this. Imagine if you have a shop lifter and you’re able to identify them on the scene and issue a ticket. That saves all the custody time of bringing them back to the station.

What does Digital Policing success look like?
There was an officer who sent me a Direct Message on Twitter a few weeks ago. She was on four rest days and wanted to know where our next mobile data clinic was because the USB port on their device was broken. That officer was willing to drive in to get their device fixed because they didn’t want to return to duty without that critical bit of kit working perfectly. That’s real progress.

There’s still a long way to go. But there’s huge potential for Digital Policing in the UK – as long as Police forces keep collaborating and laws keep pace with the innovations in technology. 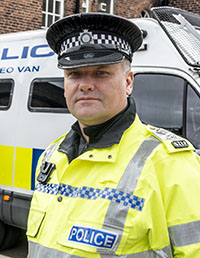