Connecting Cops Across The World With Twitter Author: Julian Foster

The Police Twitter Awards are the brainchild of Mike Kenworthy, a member of the public and keen Twitter user. Mike launched the awards in 2011 to recognise how Twitter was connecting communities in conversation, and for the stories being told about Policing. From humble beginnings, the awards have gone from strength to strength.

Awards organiser, Chief Inspector Kerry Blakeman, West Midlands Police spoke with 2016 overall winner Sergeant Harry Tangye, Devon & Cornwall Police about his experiences over the past year and his thoughts on how social media is connecting cops on a global scale:

Q: What’s it been like since you won last year’s Police Twitter Awards?
A: It’s been completely life changing to be honest. It’s opened so many doors and meant that for the things you talk about regarding Road Safety, PTSD, spit hoods, Police dogs etc you get an audience. Of course, you do get extra followers, but through experience you learn how best to harness the potential of that – to get the message out effectively. It’s been an honour to let the public know what we’re all about. It’s been amazing.

Q: How did your visit to Twitter UK go?
A: Twitter were brilliant, we learned so much about tips for using Twitter and how it’s being used by Police Departments around the world. It was so interesting to see how our colleagues in the U.S. are ahead of the game with active shooters, and using Twitter to get the word out and manage the narrative. There were some really interesting case studies on how they’re using Twitter in the U.S. to recruit more Police women – in ways that haven’t been used in Europe, yet.

Q: As winner of last year’s Police Twitter Awards, you were invited to the SMILE Conference in Long Beach, California. Tell us about that.
A: Yes, that’s right. I had the hardship of representing UK Policing at the Social Media Internet Law Enforcement conference in sunny California. By the end of the 4 days, even my wife (who wasn’t into social media) was encouraging me to do more on Periscope, Facebook Live, and Instagram! You could sense the passion from the speakers and delegates, and could see how we’d be left behind if we don’t use social media in certain circumstances. I was honoured to speak during the conference and share how UK Policing are embracing social media and how we’ve progressed. A key thing I learned from the conference was how we learn from each other, and how U.S. Police Departments and forces in the Europe have incredibly similar problems – maybe on slightly different scales, but we’re all cops at the end of the day. 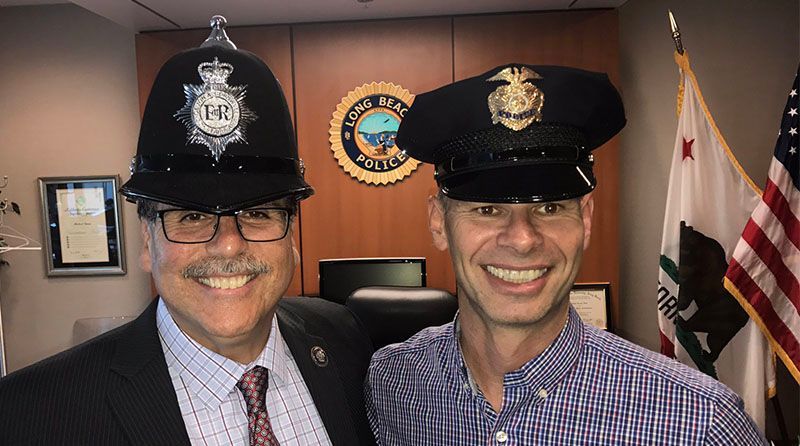 Q: What’s your view on the relationship with corporate communications teams within forces? And what would your advice be for officers considering Twitter?
A: I was very lucky in my force. My corporate comms team and the top corridor supported me and they believe in this. It’s imperative you work with them. I often get private messages from officers in other forces, and they are frightened rigid. You’ve got The Metropolitan Police for example, a huge animal of a force, they’re more restricted with individual accounts and I totally get that. Even though Devon & Cornwall are quite a big Police force, people know the individuals involved in the social media accounts a lot better. I’m not saying The Met are wrong in what they’re doing, but the important thing is to get the trust of each other. Corporate Communications need to know that your priorities are right and it’s not an ego trip. It has to be for the good of the force. I constantly remind mine that if they want to stop me then that’s fine, I’ll walk away. It’s their Twitter account at the end of the day. It’s important to come to an agreement on how to deal with things when they go wrong. You will get people complaining. How do you deal with that without going over the top? Rest time is vital before you take any action.

Q: What’s your advice for when things go wrong on social?
A: First of all, I wouldn’t be on Twitter if I thought it was seriously risking my career. I think we’ve gone past the stage where Police Forces have the knee-jerk-reaction where they shut down accounts if things go wrong. If you have a post and it gets misconstrued, don’t necessarily delete it. Take a moment. Don’t panic. Politely answer as if you would if you were walking the street. Don’t be afraid to apologise. We’re all human. We all make mistakes. We just have to learn from them. But make sure you have an agreement with corporate communications on how you deal with these types of situations.

Q: Do you think police social media should be centralised or officers given autonomy?
A: You have to look at the culture of your force. If it doesn’t fit, or the Commanders just aren’t comfortable with it, then that’s fine. But like it or not, social media is the way things are going, and in years to come it will be just as commonly used as email or phone calls for having conversations with the public. People want to know what’s happening in their communities, and the best way is to follow their local Police Officer on Twitter. People can then keep up with whatever is happening in their neighbourhoods – right at their fingertips (wherever they are). How powerful is that?

Q: Do you think separate or group Twitter accounts are more valuable for informing the public?
A: I think members of the public like to know who they are talking to. Some people put their initials at the end of Tweets from group accounts. That can give group accounts a slightly more personal flavour. It’s important that you’re authentic, and you use your own strengths – so that can cause a problem with group accounts where different people are posting.

Q: What’s the time spent vs benefit of social media in Policing?
A: There’s a steep learning curve to start with. But as that curve gets shorter, social media just becomes a part of your working life as a Police officer. You do reach a stage where you realise that one Tweet can reach 000s or even 10,000s of people, and all of a sudden, telephones are no longer ringing off the hook. Instead, the public are getting the info they need from your Twitter feed. You can actually do a whole lot with little resource on social media. Its value to Policing has been brought into sharp focus with recent events. Twitter has been instrumental in enabling Greater Manchester Police and The Metropolitan Police to keep members of the public informed and to manage the narrative.

Q-and-As are edited for clarity and length.

The Police Twitter Awards are supported by Twitter UK and sponsored by Motorola Solutions, Laws Communication, and Police Oracle. This year’s nominated charity is Care of Police Survivors CoPs. The charity does an amazing job in supporting the families of those officers who’ve fallen in the line of duty. 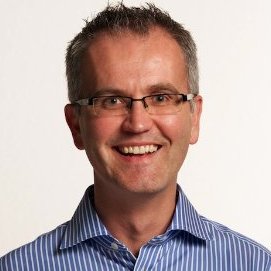 Julian Foster is Global Co-Lead for our Social Media Centre of Excellence.

Connect with Julian on LinkedIn