If a picture is worth a thousand words, in the public safety world, a video is proving itself to be priceless. According to an International Association of Chiefs of Police study on the impact of video evidence on modern policing, 93% of officers are cleared from complaints when video evidence exists, saving police agencies the millions of dollars that would have been spent on the legal fees needed to resolve these complaints. This is one of the reasons why body-worn video solutions are being widely adopted around the world. Despite the benefits, this body-worn camera trend poses many challenges as well. Most of the attention so far has been focused on the body-worn camera, but we rarely hear about the difficulty organisations face when storing and managing the content and devices behind the scenes. These challenges, if left unaddressed, have the potential to increase risk to officers, and cost law enforcement agencies time and money. To combat these issues, it’s important to understand them:

Officers carry too many devices

The idea of the “connected police officer” is finally coming to life in 2016 and the amount of devices/tools an officer carries in the field is literally weighing them down. In addition to their standard tool belt, two-way radio and remote speaker microphone, they’re also carrying mobile phones and body-worn cameras. Next, they’ll be wearing Bluetooth sensors that will monitor their vitals and detect whether their Taser has been drawn. Instead of adding devices to our officers, what if we consolidated them to talk to each other and share information? This needs to be the way of the future or else officers and IT will quickly be overwhelmed by too many devices to carry, operate and manage.

Storage for Zettabytes of videos and other multimedia

Public safety agencies already store vast amounts of data from in-car video to CCTV. The addition of video footage from body-worn cameras will add to the rapidly increasing burden of finding a place to store all this information. When a video is pulled and shown on the news supporting an officer’s case, most people don’t think about the enormous amounts of additional videos and content someone sifted through to find that video. There are many questions to ask on this topic… - Will the video quality be standard definition or does it need to be HD? How long does content need to be stored? How will that impact the storage requirements and how will expansion be handled when necessary? How much will it cost to store Zettabytes of data in 2 years time? How about 10? 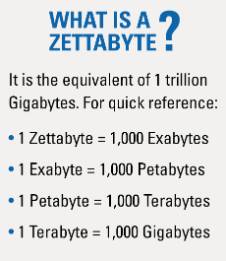 The most urgent need for agencies in the midst of this trend is elastic, ideally cloud-based, storage for their videos and content with simplified pricing so they can plan their budgets and focus on police work.

As the amount of data grows, the questions on how to tag, organize, review, redact and retain all this content are soon to follow – not to mention how organisations will train their officers on the new technology and how the body-worn video programme will affect their current workflows, adding administrative time and costs. The solution is automation and integration across disparate systems and workflows:

Automatic: It is critical that body-worn camera software is able to automatically pull metadata from the captured event – such as date, time and location, so that the video can be stored with those details. It is critical that the software can automatically redact (obscuring private/personal data for legal and security reasons) videos so that agencies can efficiently respond to the increasing number of Freedom of Information requests. Frame-by-frame manual redaction takes hours, whereas automatic redaction only takes minutes, saving time and money.

Integrated: Information about an event collected by CAD, and records management will overlap with the evidence being captured by an officer’s body-worn camera.These applications need to be integrated to share information, and guide personnel through workflows to make each process more efficient.

Last year, around the December holidays, an interesting thing happened in Seattle, in the US. The police department was inundated with a massive freedom-of-information request for every Seattle Police Department body-cam and in-car video recording. Thousands of hours of footage would have had to be reviewed, redacted and distributed to the person requesting the content. The process would have disrupted normal police operations with massive costs had an agreement not been made between the agency and the citizen. The police are being asked to provide greater transparency, and body-worn cameras are a major factor. They need a streamlined and automated workflow that allows the public to easily request materials, make payments and securely receive content.

Over the past few years, we’ve been watching all of this unfold. We’ve seen the challenges our customers are facing when considering a body-worn video program. We’ve heard your concerns and now we’re responding.

Public Safety Poll: What’s the greatest barrier you see to the adoption of #BodyWornVideo? #BWV

Danielle Doo is a Solutions Marketing Manager at Motorola Solutions. Danielle is on LinkedIn