STEM Signing Day award recipient Isisel Badillo-Matiaz shares how she’s making her mark as a Hispanic female in the world of STEM.

Earlier this year, the Motorola Solutions Foundation and Boeing hosted the third annual “Chicago STEM (Science, Technology, Engineering and Mathematics) Signing Day” event to celebrate students of color and females and their incredible achievements as they made commitments to attend some of the country’s technical schools, colleges and universities.

“We proudly support these Chicago students as they prepare to positively impact the tech community, and are delighted to see them take this significant step forward toward their very bright futures,” said Cynthia Yazdi, senior vice president of Marketing, Communications and the Motorola Solutions Foundation.

During STEM Signing Day, students were surprised with a $1,000 educational scholarship sponsored by the Motorola Solutions Foundation.

This year, Isisel was one of the students recognized during STEM Signing Day.

“I was so happy and excited when they announced my name for the award! This was huge for me, and proved that all my hard work had paid off. It was a really proud moment for me and my parents!” Isisel recalled.

When she was just eight years old, Isisel Badillo-Matiaz was already sorting information into databases.

Her father was raised in Mexico and moved to Chicago to open his own business and work at a notary office. To help out, Isisel would categorize documents and translate documents for her father. Her active participation within her family business allowed her to develop a close-knit bond with the Hispanic community around her.

With years of experience at her family’s flea market booth, Isisel began to wonder what career path she wanted to pursue.

“I wanted to do something that would impact the Hispanic community,” she said. She imagined herself growing up to be an immigration attorney—but that changed during her first year of high school.

Isisel’s interest in STEM began with a computer science class she was required to take her freshman year of high school.

“At first I was hesitant about the class because I had no interest in computer science, but I told myself to keep an open mind and learn something new,” she said.

The basics of programming and coding immediately caught Isisel’s interest, and she realized she wanted to learn the material outside of class too.

“I was the only girl in the club and one of only two Hispanic students. It was hard because I felt like I stood out,” she said.

Nevertheless, Isisel continued to pursue her passion of STEM. In her third year at Innovation Academy, she was elected president. Her main responsibility was to coordinate events and field trips to encourage other students in joining.

“I finally got one of my girlfriends to join and slowly I started to introduce my other girlfriends to STEM, and by my senior year of high school, the attendance was split even among girls and boys”.

Isisel is now a first-year student at Illinois Institute of Technology where she is studying information technology management.

“In the future, I want to join an organization at my university that promotes STEM and engineering career paths to Hispanic girls so that I can work on a team of others who are passionate about the same thing. 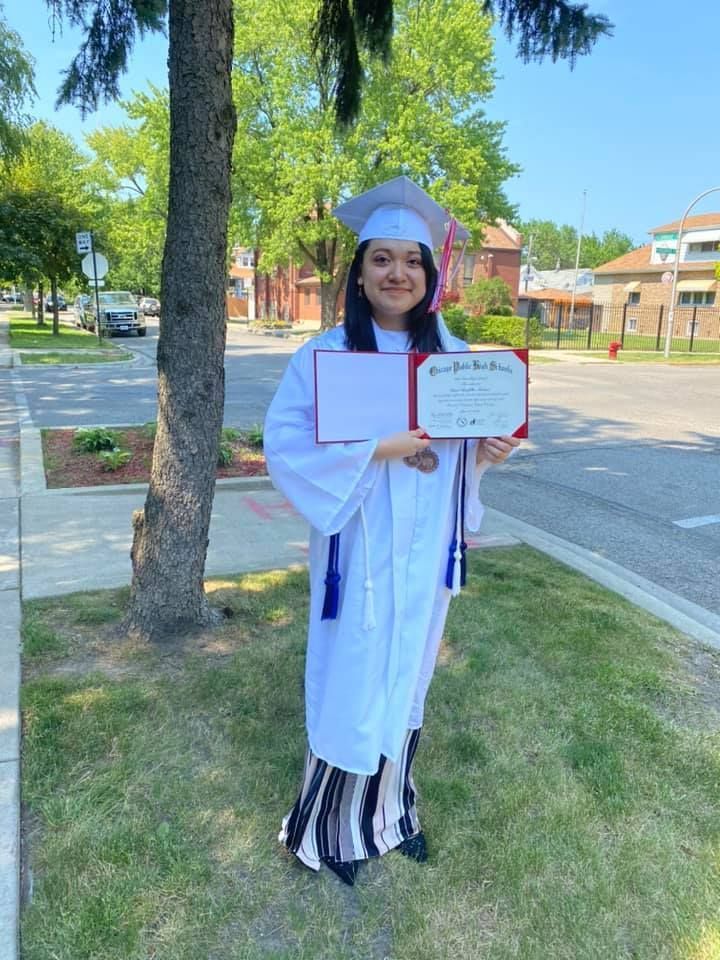