“The delivery of our 300,000th TETRA terminal in Germany underlines our position as a market leader in providing mission-critical solutions to public safety and commercial organisations worldwide. It is an important milestone for our TETRA Center of Excellence in Berlin, which guarantees high-quality expertise and close relations with our German and European customers,” explained Axel Kukuk, Head of Government and Military Sales for Motorola Solutions Germany. “We will not stop here. We are dedicated to further investment in both TETRA and new broadband-based Smart Public Safety solutions.”

Motorola has invested 10 percent of its 2016 annual revenues of $6 billion in research and development (R&D) where approximately 5,000 employees are employed. The R&D programs are especially focused on the development of new public safety devices, infrastructure, software and solutions, command centre applications including voice, data and video, as well as public safety broadband solutions based on LTE technology.

Motorola Solutions has sold to date more than 2.5 million TETRA terminals worldwide. Since the first TETRA tender was issued in Germany in 2009, Motorola Solutions has delivered digital radio terminals, software, accessories, services and solutions to security forces in the German federal states of Berlin, Brandenburg, Hesse, Mecklenburg-Western Pomerania, Lower Saxony, Saxony-Anhalt, Schleswig-Holstein and Thuringia as well as to the nationwide public safety organisations. Motorola Solutions has also recently signed a framework contract with the Central Procurement Office of the German Federal Ministry of the Interior for the delivery of TETRA digital radio terminals, accessories, software and services. The mission-critical communication solutions from Motorola Solutions are also deployed by numerous businesses in sectors such as: oil and gas, manufacturing, airports, utilities and public transport.

In addition to the 300,000th TETRA digital radio terminal, Motorola Solutions delivered the 1,000th DIMETRA TETRA system out of its TETRA Center of Excellence in Berlin in April. Many of the TETRA systems that have been configured in Berlin are deployed in Germany and Europe as the basis for numerous national TETRA networks: among others, the public safety organisations in Denmark, Norway, Austria, Ireland, Portugal and the UK trust in Motorola Solutions’ technology and experience. 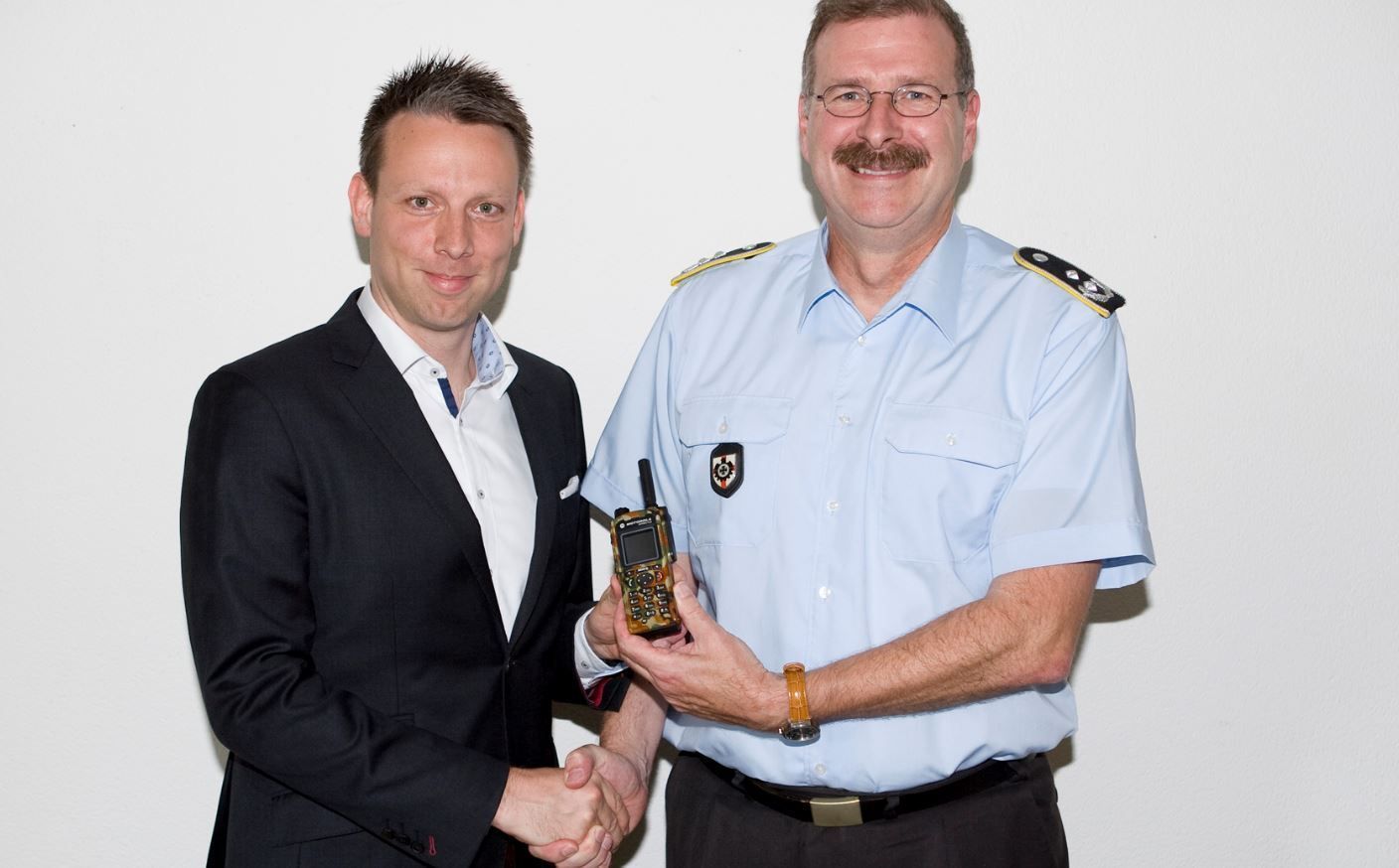