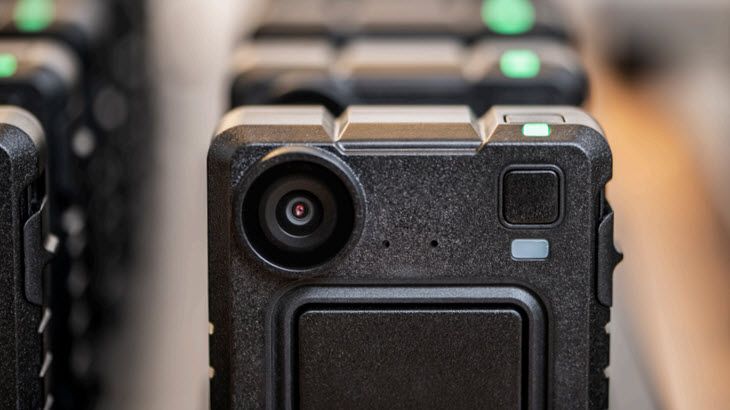 CHICAGO – April 6, 2022 –  With over four million journeys taking place across England’s motorways and major roads each day, National Highways has equipped its traffic officers with VB400 body-worn cameras from Motorola Solutions to ensure transparency and increase safety for officers and citizens alike.

“Our traffic officers patrol England’s motorways and major roads 24 hours a day, seven days a week and are at the front line to keep people safe and help the network run smoothly”, said Mel Clarke, Customer Service Director, National Highways. “The body-worn cameras protect citizens and our traffic officers and are now part of the officer’s uniform. This investment forms part of our commitment to maintaining the safety of England’s roads and providing greater operational visibility for our staff and the general public.”

The rugged VB400 is designed to withstand rigorous use in all situations and captures high-quality video and audio in all weather and light conditions. The wide angle lens records clear footage from the officer’s viewpoint and features an extended battery life of up to 12 hours. The deployment also includes Motorola Solutions' VideoManager evidence management software to upload and manage the recorded video securely in the cloud.

“The VB400 body-worn cameras are developed locally in the U.K and will support the safety of millions of passengers who drive across England’s major roads during the day and night”, said Fergus Mayne, Country Manager, U.K. & Ireland at Motorola Solutions. “By deploying the cameras to all traffic officers, National Highways has committed to the highest levels of safety for everyone who travels and works on the roads.”