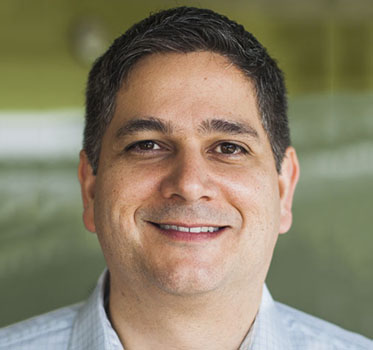 Through careful consideration of an agency’s network security, compliance, and bandwidth prior to product implementation, Mario Lopez can help sidestep many pitfalls of wide-scale implementations and deployments.

Through careful consideration of an agency's network security, compliance, and bandwidth prior to product implementation, Mario Lopez can help sidestep many pitfalls of wide-scale implementations and deployments.

Mario Lopez began his career as a Police Dispatcher for Miami-Dade Police Department (MDPD). He simultaneously started and built his own successful software development company by building trust and rapport with his customers. While managing his software company, Mario was promoted to the role of an Operating Systems Programmer at Miami-Dade Enterprise Technology Services Department (ETSD), and later, a Senior Operating Systems Programmer. Due to this experience, Mario has a solid background in managing mission-critical networks and integrating new solutions.

As an Operating Systems Programmer for the ETSD, Mario was faced with the daunting and extremely time-consuming task of updating the software on hundreds of machines throughout the agency's 9-1-1 Centers. Typically, this process would force an already heavily taxed department to undergo an extended downtime of eight hours, and required several resources. However, leveraging his experience as a programmer, Mario developed an automated process that reduced the downtime from eight hours to less than ten minutes, utilizing a single resource and allowing the 9-1-1 Center to get back online and continue serving their community with very little interruption.

Mario is a true expert on the nuts and bolts of system integration. As a Systems Integrator for Motorola, he provides integration services for Smart Public Safety Solutions to customers across the United States. Prior to each upgrade, Mario measures and directs agencies' current configurations to ensure their system fits their existing environment like a glove. With this thorough approach, he is able to successfully implement complex new systems into sensitive existing environments and perform custom configurations for maximum efficiency while avoiding extended downtime.

What are some of the challenges with implementing public safety technology solutions?

No two public safety organizations are truly alike, and as such, one-size-fits-all solutions are rarely able to completely deliver all that is necessary to fulfill an agency’s needs. A successful implementation requires recommendations based on a complete understanding of both the organization and the technology. Our successes have come from teams of highly technical professionals working alongside seasoned public safety professionals.

What are some of the key points to follow when deploying public safety solutions?

First, it is important to take the time to understand a customer’s needs, desires and technical abilities—not only at the onset, but also as the involved groups begin to better understand their roles. Second, keeping clear and concise documentation of decisions (and why they were made) for continual reference during, and long after deployment. Documenting processes and procedures ensures that the solution will continue to succeed with new administrators of varying technical ability.

Why automation? Do we really want the environment changing without our knowledge?

Automation is often misunderstood—steps can vary from installation to restarting all of the systems in a solution. When properly implemented, automation represents a level of efficiency that is unattainable when attempted manually. Automation delivers consistent reproducible results allowing administrators to focus their efforts on troubleshooting non-avoidable issues. For example, automating the installation of software to 1000 workstations can be done within a few minutes, each configured exactly like the others. Without automation, an organization could potentially have 1000 different configurations, which could take days to complete. Of course, the degree of automation really should depend on the technical abilities of the organization and the available resources.