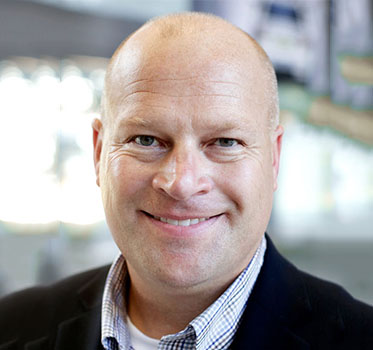 Advising agencies on mission-critical solutions and the strategies needed for smarter, more efficient processes based on a thorough review of each agency's needs and circumstances.

Things were different back in 1995. Each day, as Trooper Wolfinbarger prepared for his shift, he relied on the only information available to him: his two-way radio, and any print reports he could get his hands on. Any additional information or intelligence was relayed via dispatch while en route—and that, quite frankly, was all he needed. From the beginning of his career as a State Trooper to his appointment as the 7th State Chief of Colorado State Patrol and his time as the chair of the IACP's Homeland Security Committee, Col. Wolfinbarger has experienced firsthand the dramatic shift from traditional intelligence gathering to smart policing methods and solutions.

In 2007, Jim was promoted to lieutenant colonel, overseeing the Field Operations Southern Region of Colorado State Patrol. From 2012 to 2013, Jim served as the chair of the International Association of Chiefs of Police's (IACP) Homeland Security Committee. Based on this experience, along with years of cooperation with state, federal, and tribal agencies, Jim realized the importance and necessity of clear inter-agency communication and solutions that allow disparate systems, both voice and data, to work together.

Today, intelligence personnel, in even the most connected public safety agencies, struggle to manage the perpetual flood of data available to them. It can be challenging for a modest-sized agency to pull mission-critical data from vast state and federal databases with separate access portals. In his role as an industry expert with Motorola, Jim seeks to alleviate these challenges by connecting agencies with the solutions they need to provide actionable intelligence to first responders—products that allow for more informed decision-making and improved safety.

Prior to proposing mission-critical solutions and strategies to a public safety agency, Jim takes the time to develop a thorough understanding of each individual agency and its particular challenges. His interaction with an agency begins with a thorough literature review—strategic plans, annual reports, community crime reports and more—in order to piece together a crystal clear picture of an agency's current processes and workflow. Jim then works collaboratively with the agency to identify the organization's baseline capabilities and their vision of what their goals are in the area of ILPS. Jim then encourages decision makers to integrate new systems into existing environments in order to maximize the agency's investment in their legacy technology.

Will I be able to leverage my current investment in technology to support my command center/ PSAP/ fusion center?

Motorola works diligently to ensure that all available systems that are leveraged in order to enhance the overall value of the solution that can be brought to bear for the department. While certain advantages can be gained from having Motorola technologies (i.e., PremiereOne Suites), our engineers can work with your solution provider(s) to use available application programming interfaces (APIs) to connect your technology platforms into Motorola’s integrated intelligence-led public safety systems.

Does your solution support the national information sharing standards such as the National Information Exchange Model (NEIM)?

Motorola’s Intelligence-Led Public Safety Solutions are fully compliant with all applicable national data standards. Motorola understands the importance of ensuring compliance with national data standards in order to provide the greatest opportunity for each agency to effectively share information seamlessly with accuracy and comprehensiveness.

Do you believe there is a future in “predictive technologies” for providing a capability for law enforcement leaders to disrupt crime before it occurs?

Absolutely! "Big data" has provided significant amounts of data to draw from for the purposes of applying advanced analytics to the data to enhance decision making for agencies who have the capability to draw from these pools of data. While Motorola remains committed to the future of the predictive analytics, we are cognizant of and remain committed to providing the basic elements of police technologies that allow decision-makers to make informed tactical decision based on available data. These are the foundational elements of information relating to the what, where, who and when of the command room.