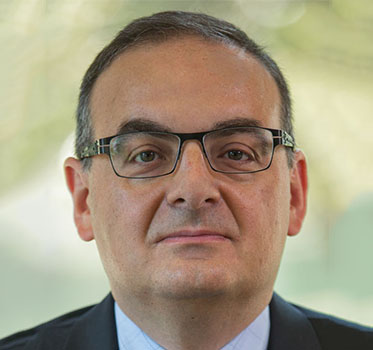 Bachelor of Science in Electrical and Mechanical Engineering, New York Institute of Technology

After 9/11, various investigatory and other government review panels determined there was an immediate need for improved public safety interoperability to allow for improved communications between police, firefighters, EMS and other first responders in New York City and throughout the United States. That nationwide directive has in large part been successfully received and widely implemented. Interoperable public safety communications have improved substantially across the country, and Jerry Napolitano, in his role as a public safety communications consultant, played a role in this initiative by assisting the Fire Department of New York (FDNY). Jerry worked with FDNY to help them better understand the need for a cohesive command structure to utilize interoperable communications systems to help the city's first responders. Jerry has since guided government agencies towards the wireless and telecommunications solutions they can count on in times of distress. Today, Jerry's highly technical approach to problem solving, developed from a long career as a wireless solution professional, continues to help agencies accomplish their objectives.

Prior to his current role within Motorola Global Solutions, Jerry worked with Motorola Public Safety, Motorola Networks, Nextel Network Operations and Nextel Network Planning. Altogether, he has over 25 years of experience in Systems Integration, Network Management, Product Development, Capital Planning and Solutions Delivery. He is currently the Elected Fire Commissioner of the Eastchester Fire District in New York and a member of several professional associations, including IEEE Wireless Communications group, the Radio Club of America (RCA) and the Congressional Fire Service Institute (CFSI).

Today, in his role as Principal Architect in Global Solutions at Motorola, Jerry uses his expertise to help agencies find "the biggest bank for their buck," since many agencies are forced to do more with fewer resources. Of course, Jerry's greatest strength comes from his personal philosophy regarding solution customization. Throughout his career, he has found that every agency has its own unique needs—needs that must be clearly defined before solutions can be customized. Thus, Jerry takes the time to thoroughly understand his customers' needs and requirements prior to recommending a solution.

Prior to committing to an investment, how can we be certain that any solution we invest in will bring lasting value?

When considering a new solution or system, interoperability is key. As “fork-lift” replacements of entire systems are often infeasible, most agencies will replace older systems one piece at a time. With this in mind, any new solutions your agency considers should be able to integrate with existing systems and configurable for future-readiness.

Post-implementation maintenance will also determine the lifespan of your solution. Remember, no implementation is perfect. Consequently, you’ll want to determine whether or not you can count on your solution provider to support your agency in the long haul as problems (undoubtedly) arise. Motorola has a stellar track record in this area.

A third area of concern is manageability. As agencies’ staffing budgets continue to shrink, it may be wise to consider managed services.

Is there a one-size fits all solution or do you custom-tailor solutions?

No two agencies are exactly the same. Along those lines, it is rare that a single, out-of-the-box solution can cover all of an agency’s needs. On our side, this makes it all the more imperative to develop a true partnership with our customers. In order to architect a solution that adequately meets a customer’s needs, we first take the time to develop a thorough understanding of each customer’s goals and objectives along with their existing systems and infrastructure.

Our community has a real need for system updates, but we currently don’t have the budget for it. What are our options?

Motorola offers assistance with financing through government grant writing assistance and municipal leasing options. We understand the cost factors associated with procuring, implementing, and maintaining large systems. In order to help your agency meet these needs, our grant specialists can lead you to often overlooked sources of public safety funding as well as surefire methods for producing solid grant proposals.